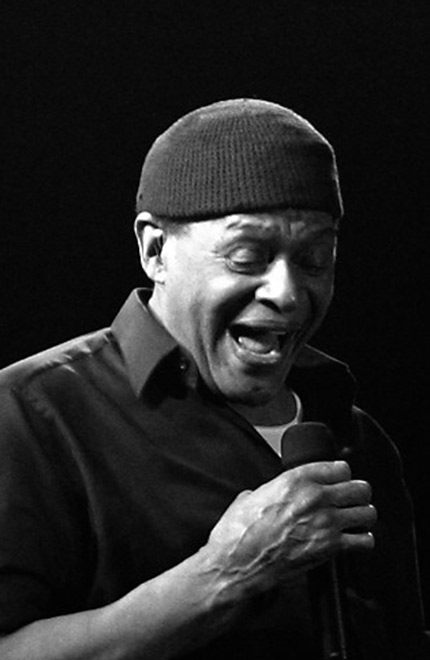 Behind Al Jarreau, the discreet man who is reluctant to talk about himself hides a beast of the stage coupled with a rhythm monster, passionate about jazz, soul, funk or R&B. A diversity that has sometimes earned him the criticism of his peers but through which he has become a legend.

The gods certainly leaned over the cradle of this son of a pastor and a pianist to grant him this unique voice. Ranging from the lowest notes of a baritone to astonishing and subtle highs, he is the very embodiment of music. A scat lover, king of vocal percussion, his concerts are always tinged with improvised flights of fancy, his twisted face and unique gestures galvanising the crowds.

An outstanding technician, he transcends musical boundaries with elegance and communicative joy, reconciling the demands of jazz and the exuberance of pop like no one before him. His covers of standards such as Agua De Beber, where he offers an unprecedented demonstration and rhythmic mastery, or the pop hit by Elton John Your Song are perfect reinventions of classical masterpieces.

And yet the world has almost been deprived of the talents of this great artist who was primarily dedicated to a career as a psychologist and social worker. "As a psychologist and social worker, I have learned to understand the suffering and difficult times of others. ...] It changed me! I hope that this is reflected in my music and the way I perform. Deeply human, Al Jarreau embodies generosity in life and on stage, with the desire to "comfort those who are suffering" as a common thread. A contagious joy that transforms his concerts into an authentic communion.

The moods of a jazzman

With a Master's degree in psychology in his pocket, Al Jarreau is not predestined for music. His desire to help pushes him into social and professional integration. But music stuck to him and he continued to perform in bars from Iowa to California, crossing the path of George Duke, Julio Martinez or JR Monterose. These remarkable collaborations gradually made him prefer his career as an artist to that of a psychologist. 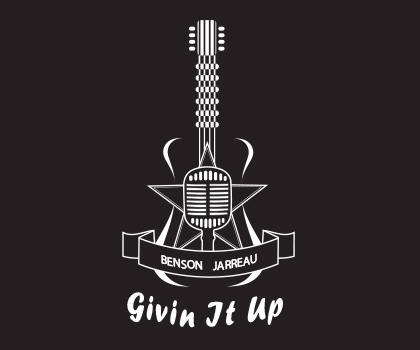 Based in Los Angeles, Al Jarreau's dazzling and breathtaking voice enchants the jazzy audiences of the city's clubs: Dino's, The Troubadour or the Bla Bla Café. It is in the latter that producers from Warner Bros. spotted this raw talent to sign the beginning of a long story. The collaboration between the artist and the record company will last until 2008. 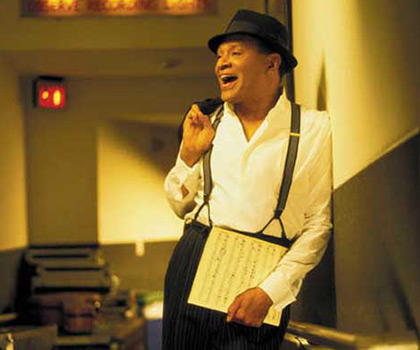 The sacrament of a king

From the very beginning, this gifted musician's albums have included prestigious collaborations, notably with members of the group The Crusaders. Success was immediate and in 1978 he won his first Grammy Award. A first consecration that marked the beginning of a long series. By the end of his career, he had won seven of the prestigious trophies and was one of the few singers to have won awards in three different categories: jazz, R&B and pop. 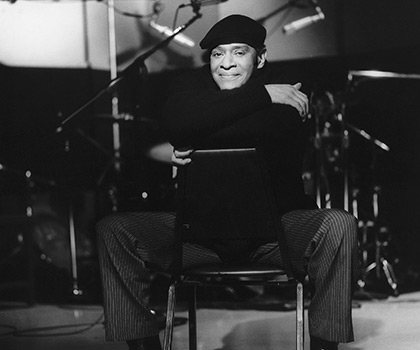 With his talent as a jazzman no longer to be proven, Al Jarreau tried his hand at other sounds from the 1980s onwards. What earned him the critics of the purists would be adored by his public, who would hoist him to the top of both the jazz and variety charts. A perfect example of the mix of genres is the funky-pop album L is for Lovers. He didn't return to his first love until the mid-90s with Tenderness, a surprising album recorded in just five days under concert conditions.

There are disturbing similarities between these two great men. A childhood nourished by jazz, an unequalled virtuosity, a tendency to flirt with pop to create a more accessible style, on the borderline between soul and funk. No doubt, these two were made to meet each other. Better yet, to get along! And inevitably, it makes sparks fly on the very good Givin'it Up, presented in a memorable concert at the Montreux Jazz Festival.

Disappearance of a legend

Al Jarreau's albums and tours followed one another in the 2000s. In 2006, he released the highly acclaimed Givin'It Up, in collaboration with guitarist and singer George Benson, on which he was joined by the big names in music, Jill Scott, Herbie Hancock and Paul McCartney. On February 8, 2017, at the age of 76, he announces his retirement after having interrupted his tour dedicated to the master of swing Duke Ellington. Four days later, this jazz legend disappeared to join the pantheon of great artists.

It is almost a tradition to come and listen to Al Jarreau here at the Montreux Jazz Festival. His concerts are always an event, between long ballads and wild rhythms. What makes me come back each time is his humanity and his unrestrained sharing with his audience. He is a man whose happiness on stage radiates to us.

Agathe, at the Montreux Jazz Festival

Al Jarreau was one of those artists you never get tired of listening to. His rhythmic genius, his way of associating styles that were in opposition to each other, his scat flights, gave us the impression of rediscovering him at each concert. It was an honour to accompany the career of this great gentleman of jazz and pop.

You had to see Al Jarreau in concert. Suddenly, it became clear that his vocal acrobatics, which bristling with his detractors, were a dishevelled expression of his joy of singing. His humour and bonhomie were irresistible. He himself could never resist the joy of being on stage.