The nostalgic kings of hip-hop 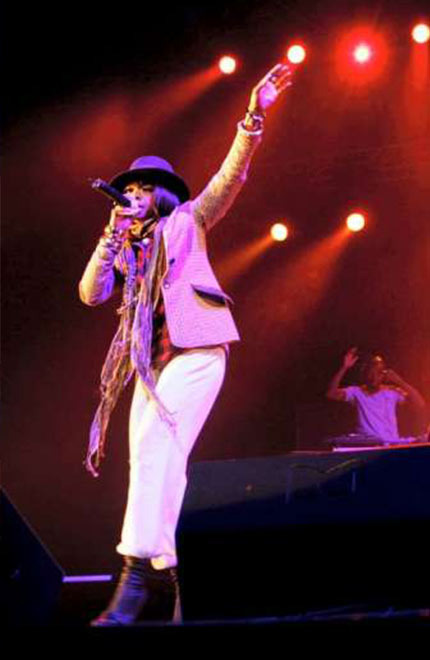 They were on the verge of dominating the world for a long time. But their separation spoiled everything, leaving a bitter taste in the mouths of all hip-hop lovers. So today we wonder: what would have happened if they had gotten along all the way? We'll let you guess.

They grew up in Brooklyn, but much more than that: they were immersed in a hip-hop culture that at the time only had a few underground places to express themselves. So, when these young refugees started to get into it, their enthusiasm and class quickly sparked a spark between America and the Caribbean. In no time at all to compose a hit in New Jersey studios, they brought classics to life, inspiring a whole generation of apprentice sorcerers with a hot flow.

Subscribing to internal tensions and crises of confidence, The Fugees are a far cry from the gangsta rap that guns down Dr.Dre or feverish pop. Together, Lauryn Hill, Wyclef Jean and Pras Michel have always been in a kind of in-between, flirting closely with the reggae of their idol: Bob Marley. Outside the ghettos, these rap soldiers with their heady and positive melodies, close to the Black Eyed Peas and Outkast on the artistic level, fight like tigers to condemn a system they don't adhere to and get out of the permanent fights between the West and the East Coast as best they can. Bling-bling, money, guns: very little for them.

So today, what is left of all that? Great memories, of course. Regrets, probably. But above all, a secret dream that every hip-hop lover has in the corner of his head: a reformation, at least a real one, like a newfound love that lasts over time. Because no one knows how to set the stage on fire, carry messages of hope and sculpt such sumptuous hits as they do.

The era of the Rap Translators

There is a time that those under forty cannot know. At the time, Pras Michel and Wyclef Jean had no entry into the world of music, but they knew it: they were made for hip-hop. They met Lauryn Hill, through an intermediary, and created The Rap Translator, which would soon become The Fugees.

A first album that makes its effect

Without meeting with huge success outside the underground scene, the album Blunted on Reality is now recognised as a key album in the history of hip-hop. Moreover, this opus will only be considered as such long afterwards, when the Fugees will have made their mark with another much more popular album, which will lift them to the roof of the world.

The pinnacle of a short career

This record marks the pinnacle of their career. With The Score, recorded in the Booga Basement, the Fugees invade the airwaves and become the flag bearers of optimistic hip-hop overnight. Later, Slate would write: "The Fugees thus deliver a cry of hope for those who must survive in the ghetto".

Hopes of a return

It is difficult to know exactly where the clash comes from, but the break is consummated. The Fugees will not reappear together again, except for a few furtive concerts. Recently, some tongues are loosening, and it is the fatherhood of Lauryn Hill's son that would have caused the band to break up. So, will they ever get back together again?

It's a huge group. For a hip-hop lover like me, The Fugees are everything. You could say that there is a before and after The Score. This album is a standard in the industry. You only have to listen to it to understand why. So what a pleasure it would be to see them together again!

Nicolas, an admirer of the band

The Fugees are to hip-hop what the Velvet Underground is to rock: a stealthy passage that has completely changed things. It's crazy how sometimes one album is enough to make a band legendary. That's exactly what happened with them, and one wonders how far they would have gone without this brutal split. Now, we cross our fingers for a comeback with a fanfare!

The Fugees have been an essential group in the history of American rap. If only because of having a trio composed of two men and one woman, all more or less rappers and singers, without ever drawing a clear line between the two styles, always hybrid. Coming from New-Jersey, their formula is light years away from all the styles that reigned at that time at the top of the charts!