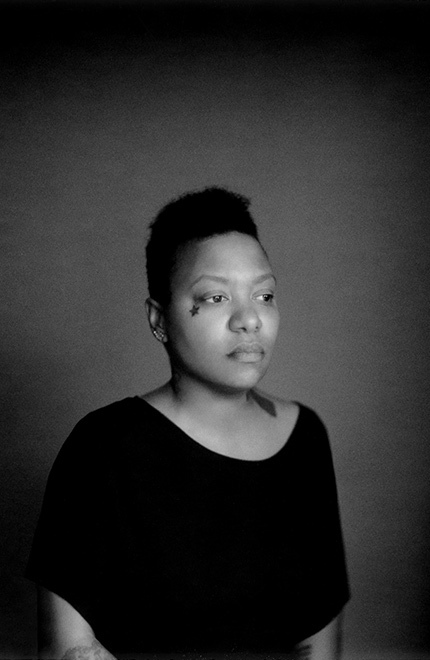 At the age of 17, the young Michelle chooses a name that sounds like a slogan. It will be Ndegeocello, "free as a bird" in Swahili. From then on, she will never stop making her voice, her sensitivity, her vision of the world heard. And it doesn't matter if it transgresses. No matter if she loses her record label, her fans or her loves. Because Meshell Ndegeocello is whole, authentic, a rough diamond that traces its path without turning around.

And she will not make any concessions. Not on form, because the singer, who fell in love with soul music as a child and trained as a bass player, allows herself to experiment. From the very dark and introspective albums Bitter and Weather to the rock star attitude when she covers Wild Night with John Mellencamp. From the indefinable The World Has Made Me The Man Of My Dream, an extreme mix between jazz and rock, between hovering wanderings and volcanic bursts.

Not in the background either, because Meshell Ndegeocello knows who she is and is asserting herself. Female, black, bisexual and Muslim. With an identity that has earned her all the criticism in the America of the 90s, nothing frightens her anymore. Her songs deal with raw and straightforward themes: systemic racism, urban loneliness, and, sarcastically, love relationships and their ethics. And when her record company censors the album cover, where she appears slightly veiled in the aftermath of the September 11th attacks, she puts an end to a 10-year collaboration.

She is like that Meshell, rebellious, with both feet firmly planted on the ground and her head in a better future. She doesn't choose between art and convictions, she mixes the two in a whirlwind and in a sensitive rage. And when you look back, you can only bow to the path she has traced with the strength of her talent.

The young artist signs on the label Maverick, founded by Madonna, and releases Plantation Lullabies, which hides under its catchy appearance committed and demanding themes. The artist already makes no concessions and drives the nail in with Peace Beyond Passion, three years later. A second album that confirms his success and earns him the recognition of his peers. From Alanis Morrissette to the Rolling Stones, requests for collaboration keep coming in!

Popularity does not deviate Meshell Ndegeocello from his line of conduct. Above all else, she delivers in 1999 a new album that is heart-rending, dark and tinged with melancholic folk. Bitter is the fruit of a sentimental rupture that one imagines painful. The artist hides nothing and takes us with her in the meanders of a soul tortured by Love. If the singer hits rock bottom, sales, once again, take off.

The artist explores his freedom

Freed from her record company and her obligations to succeed, the singer takes full advantage of her freedom and releases two more experimental albums in quick succession. She explores the facets of jazz with singularity, even sarcasm. And loses part of her audience along the way! But deep down, she doesn't care. What matters is to do what she wants, what sticks in her gut. And it is only in 2010 that she will sign again with the label Naïve for two albums more easily affordable by the general public.

Reprints without a certified copy

Meshell is releasing a special album with Ventriloquism. Returning to the family home to manage her late father's business, she immerses herself in her childhood memories and gives birth to an album of covers of the hip-hop and R'N'B hits that rocked her childhood. Tender Love turns into a folk ballad when the artist once again affirms her values on Sensitivity, proclaiming loud, strong and languidly "You need a man with sensitivity, a man like me".

Meshell Ndegeocello has an exceptional voice, caressing, intriguing, sometimes disturbing and it is a joy to see her in concert. The atmosphere was intimate and the singer regaled us with her latest songs and sometimes surprising covers, from Prince to Bob Marley. A very good moment.

Graziella after a concert in Marseille

Meshell Ndegeocello is one of those artists who not only have a crazy talent, an exceptional voice, but also things to say, an authenticity and an extraordinary sensitivity. In concert, it grooves and one cannot but admire the career of this singer who has established herself as one of the major figures of soul music.

Meshell has always turned his distress into a banner and his music into a Medusa raft for pierced hearts. It is at this price that she became one of the most moving artists of her generation, the most significant of her time.