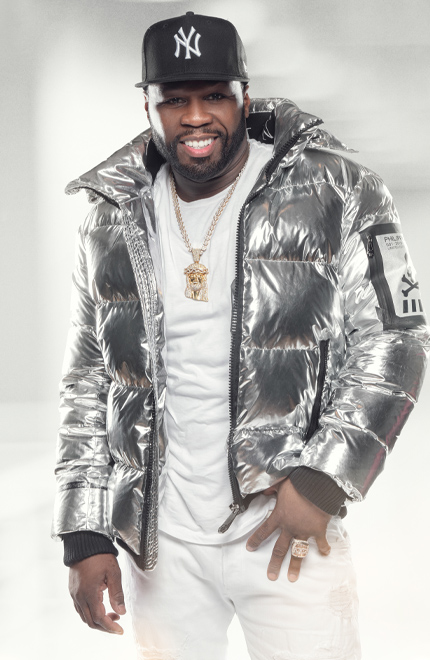 Gifted, 50 Cent is one of those who have always managed to get out of all risky situations intact to celebrate a wild rap hit. With his cap on, he is now one of the idols of the millennials.

On the planet of gangsta-rap, 50 Cent is the boss. Yes, long time friend of Eminem and Dr. Dre, the American kingpin has put everyone in agreement, with his throbbing flow. His way of rapping gives him wings, but even better: it is especially what allowed him to get out of a tumultuous childhood, where drug deals, night shootings and settling of scores between enemy gangs were part of everyday life. Thus, the US bad boy, a boxer at heart, has brilliantly entered the great book of hip-hop legends.

He never doubts. This is surely the magic potion that allowed him to take the planet by storm with powerful singles that make your head move forward and backward. Because under his gold chains, his cap with a straight visor and his abs made of reinforced concrete, the Goliath of the Queen, in New York, sends. This is evidenced by his many hits, including In da Club, which gave all rap lovers a prodigious slap in the face.

Boom: this guy knows how to do it when it comes to putting his conflicts, his inner rage and his life in a box. A fine strategist, like a businessman who knows how to do it, he throws a sound that only he has the key to: a fierce and muscular sweetness, a bit melancholic and capable of crushing everything in its path. This is pure 50 Cent, relentless as ever. In short, a superstar of yesterday, today and tomorrow, who still has a lot to rap about, in the studio as well as on stage.